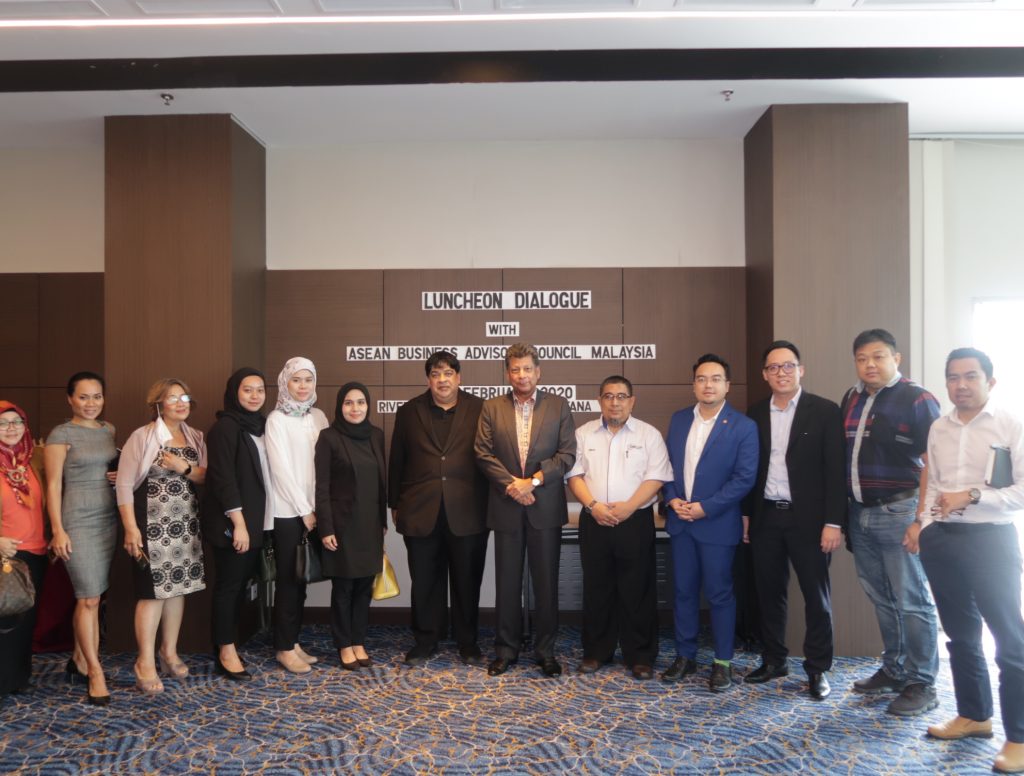 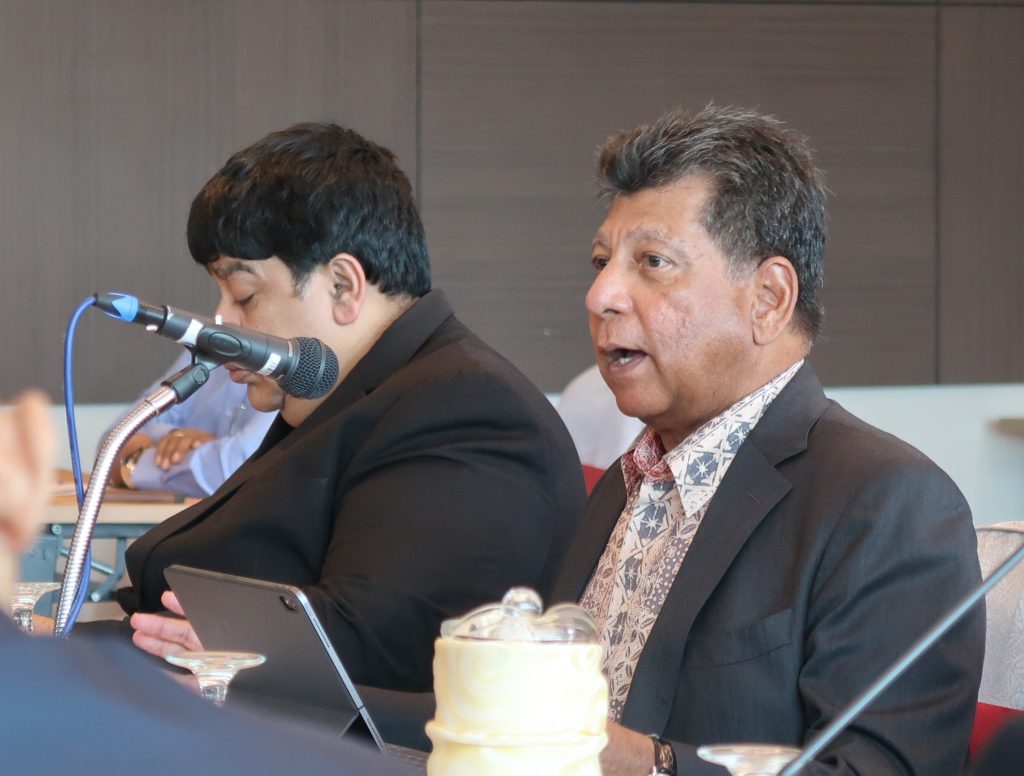 ASEAN-BAC Malaysia held a dialogue session with Sarawak SMEs in Kuching on the 20th February 2020. The dialogue was attended by about 70 participants, including representatives in Sarawak of SME Corporation, MITI, MATRADE and from the State Economic Planning Unit, a lively discussion followed on the future of business in Sarawak in an environment of technological change but also from the development of the new Indonesian capital in Kalimantan and of Indonesia in general.

The issue of many existing institutions not engaging and providing sufficient information to business enterprises was raised, as well as that of existing regional arrangements such as BIMP-EAGA (Brunei-Indonesia-Malaysia-Philippines East ASEAN Growth Area) not really being actively driven ahead.

The Director of SME Corp Sarawak, Tuan Haji Ismail Hashim made a substantial presentation on SME Corp. and the 177 programmes it has pursued in 2019 with a spend of RM13.8 billion. It was clear there are many opportunities for financing not sufficiently known or taken up by SMEs. Another matter raised was entrepreneur development which it was felt was lacking in Sarawak.

ASEAN-BAC council member, Mr. Raja Singham was shared his experience in building the BAC Education Group into one of the largest private education companies in the region and the guide posts, he argued, which should inform the journey to corporate success. He also offered to share the experiences and resources of his group with budding entrepreneurs from Sarawak. Mr. Raja Singham is also the Malaysian lead mentor in ASEAN-BAC’s ASEAN Mentorship for Entrepreneurs Network (AMEN) programme and has provided the resources of his group to it.

Dr. Munir said that many of the issues raised were not strictly within the remit of ASEAN-BAC, but those that were, such as entrepreneurship development which can be partly addressed by the AMEN (ASEAN Mentorship for Entrepreneurs Network) programme, which Mr. Raja Singham is actively involved in. As a member of the Prime Minister’s Economic Action Council (EAC), Dr. Munir also undertook to bring up some of the other issues at the national level.

During the ASEAN-BAC Malaysia Kuching visit, Dr. Munir paid a courtesy call on the Chief Minister of Sarawak Datuk Patinggi Abang Johari Tun Openg where he discussed some national economic issues as well as specific business initiatives that could be made in Sarawak. He also visited Serba DigitalX in Kota Semarahan, an up and coming incubation centre which has taken up the Sarawak Chief Minister’s call for a Digital Sarawak

Click below to read more on the Media Coverage of ASEAN-BAC Malaysia Luncheon Dialogue with Sarawak SMEs: