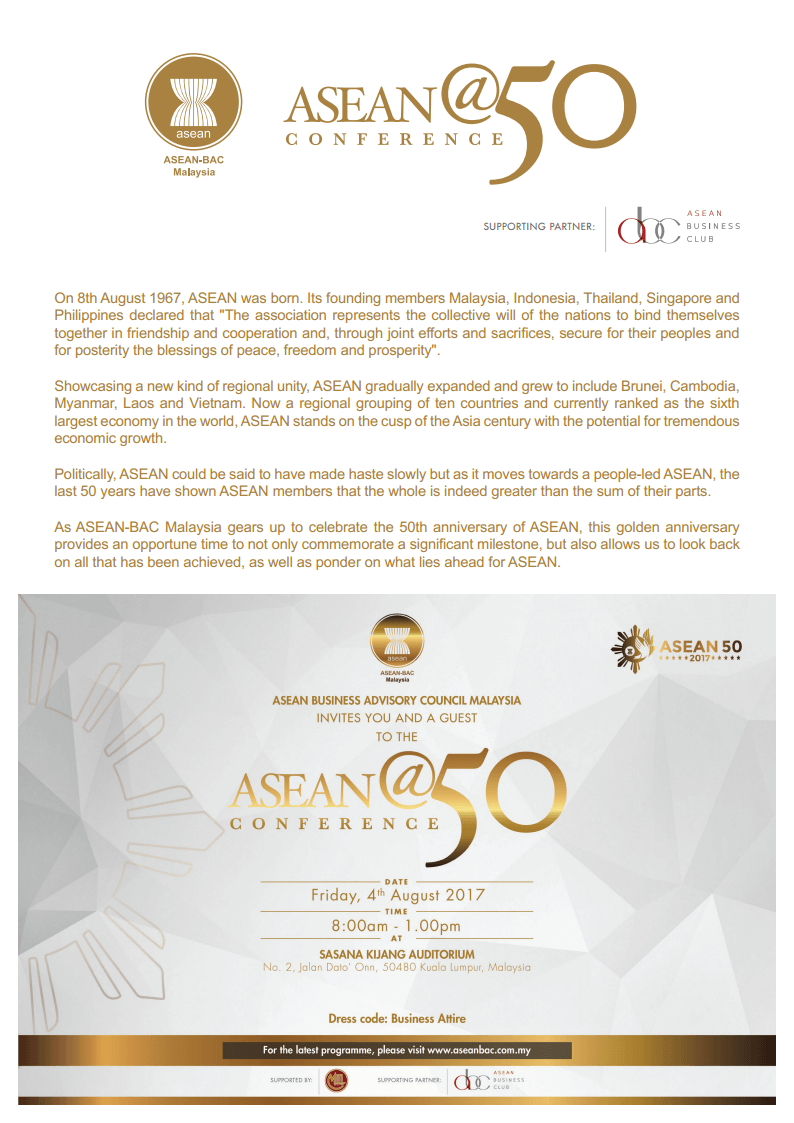 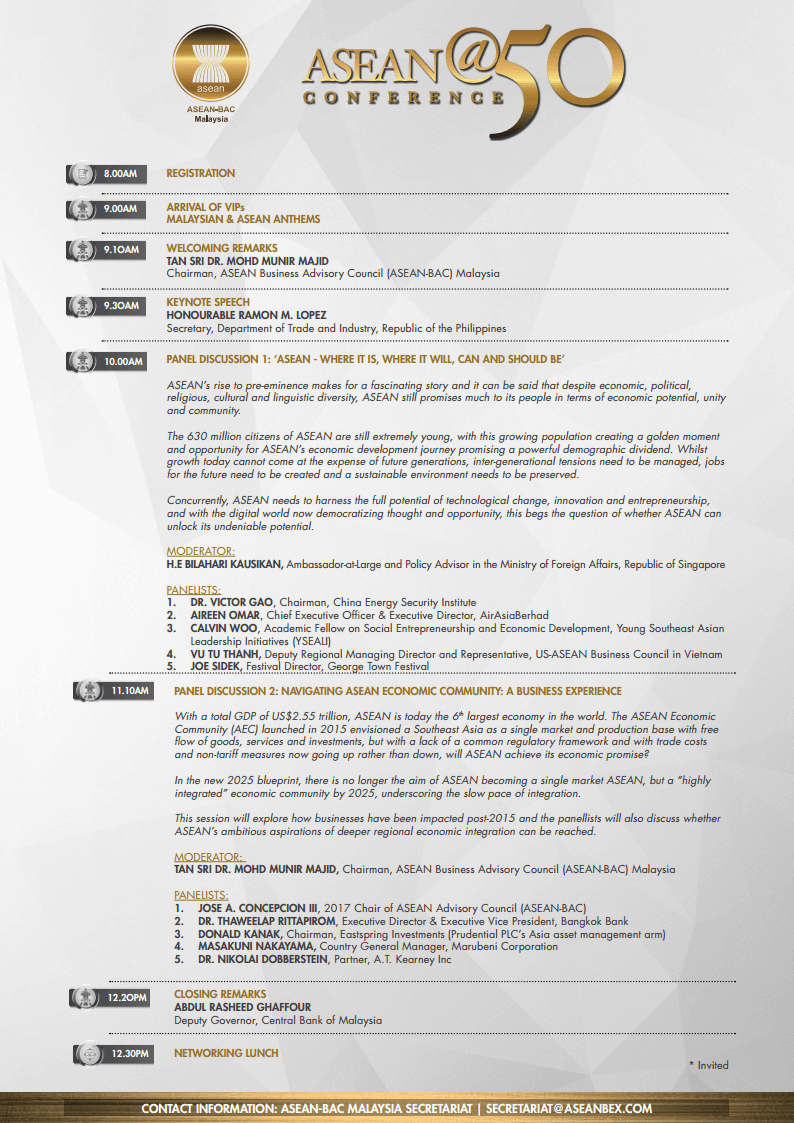 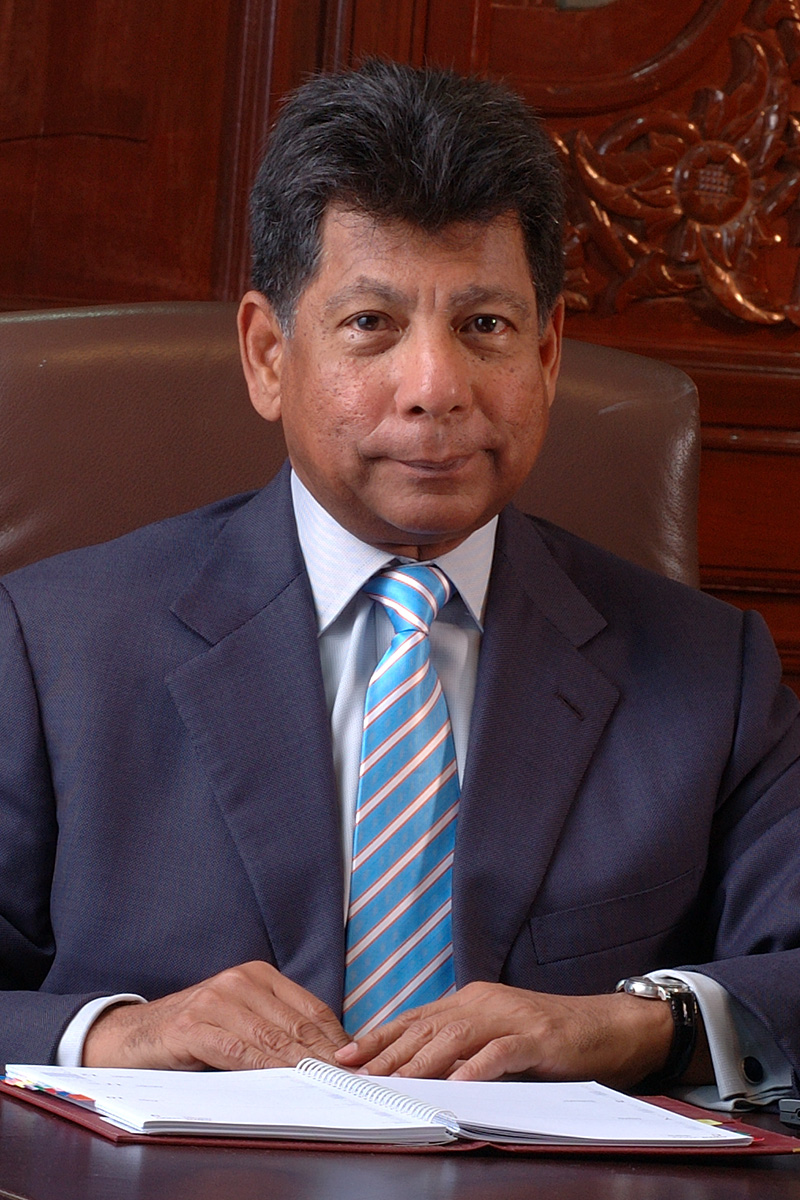 Tan Sri Dr. Munir is currently Chairman of Bank Muamalat Malaysia Berhad, of the Financial Services Professional Board, of ASEAN Business Advisory Council, Malaysia, of CIMB ASEAN Research Institute, as well as President of the ASEAN Business Club. He also sits on the board of the Institute of Strategic and International Studies (ISIS) Malaysia and on the Financial Services Talent Council of Bank Negara Malaysia.

He has an extensive experience and well known in Malaysian corporate world. He had been the Group Editor of the New Straits Times, first executive chairman of CIMB and founding chairman of the Malaysian Securities Commission. After stepping down from the Securities Commission, he became Independent NonExecutive Director of Telekom Malaysia Berhad, Chairman of Celcom (Malaysia) Berhad and Non-Executive Chairman of Malaysian Airline System Berhad. He was Founder President of the Kuala Lumpur Business Club, established in 2003 and is a member of the Court of Fellows of the Malaysian Institute of Management.

Tan Sri Dr. Munir obtained a B.Sc (Econ) and Ph.D in international relations from the London School of Economic and Political Science (LSE) in 1971 and 1978. He is an Honorary Fellow of LSE and continues the long association with his alma mater as Visiting Senior Fellow at the Centre of International Affairs, Diplomacy and Strategy. Tan Sri Dr. Munir is an associate of Southeast Asia Centre (SEAC) at LSE.

Secretary, Department of Trade and Industry, Republic of the Philippines

Secretary Ramon M. Lopez is the Secretary of Trade and Industry he has extensive experience in government with PMS, DTI AND NEDA. On the private sector, he became the top executive of a major Philippine company for over 23 years and lead the entrepreneur advocacy Go Negosyo for 12 years. He chairs the ASEAN Economic Ministers as the Philippines assumes Chairmanship this year. He earned his Bachelor’s Degree in Economics from the University of the Philippines and topped his Master’s Degree in Development Economics at Williams College, Massachusetts 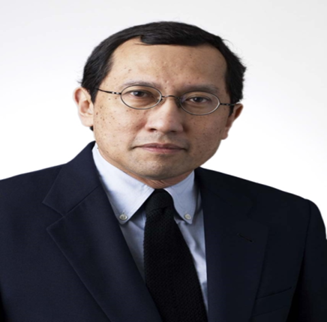 Mr Bilahari Kausikan is currently Ambassador-at-Large in the Ministry of Foreign Affairs of Singapore.

From 2001 to May 2013, Mr Kausikan was first the second Permanent Secretary and subsequently Permanent Secretary of the Ministry of Foreign Affairs. He had previously served in a variety of appointments, including as the Permanent Representative to the United Nations in New York and as Ambassador to the Russian Federation. Raffles Institution, the University of Singapore and Columbia University in New York all attempted to educate Mr Kausikan.

Aireen Omar was appointed AirAsia Chief Executive Officer and Executive Director effective 1 July 2012. Prior to this, she was the Regional Head of Corporate Finance, Treasury and Investor Relations, and was also a member of the Safety Review Board.

She is an Economics graduate of the London School of Economics and Political Science and also holds an Masters in Economics from New York University.

Aireen joined AirAsia in January 2006 as Director of Corporate Finance, portfolio expanding quickly to also include Treasury, Fuel Procurement and Investor Relations functions. Taking on these roles, she was instrumental in shaping the development of AirAsia into one of the fastest growing and most highly-acclaimed airlines globally.

She began her career at Deutsche Bank Securities Inc, where she served as an Associate from 1997-2000 in New York and London, her last position being at the Equity Arbitrage Proprietary Trading Desk focusing on international equities, equity derivatives and equity-linked products. After returning to Malaysia in 2001, she served in several major local financial institutions including the Maybank Group, the country’s largest banking and financial services group. 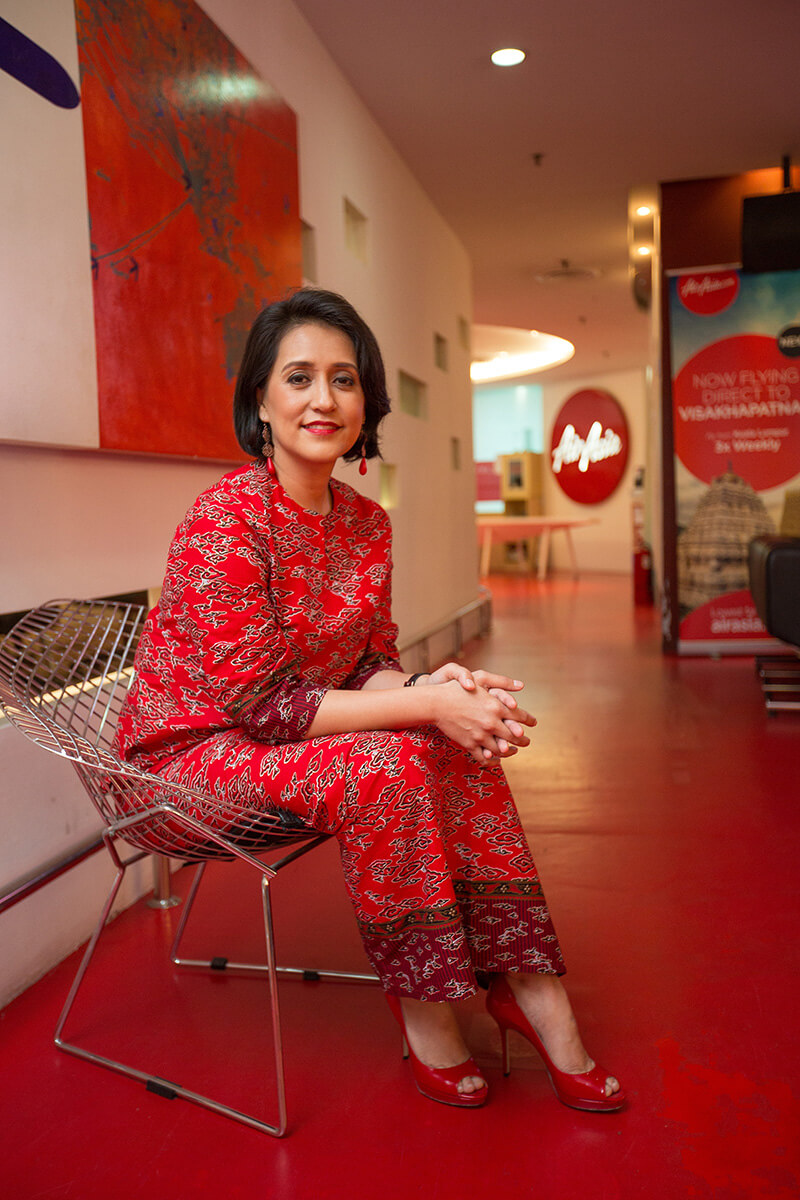 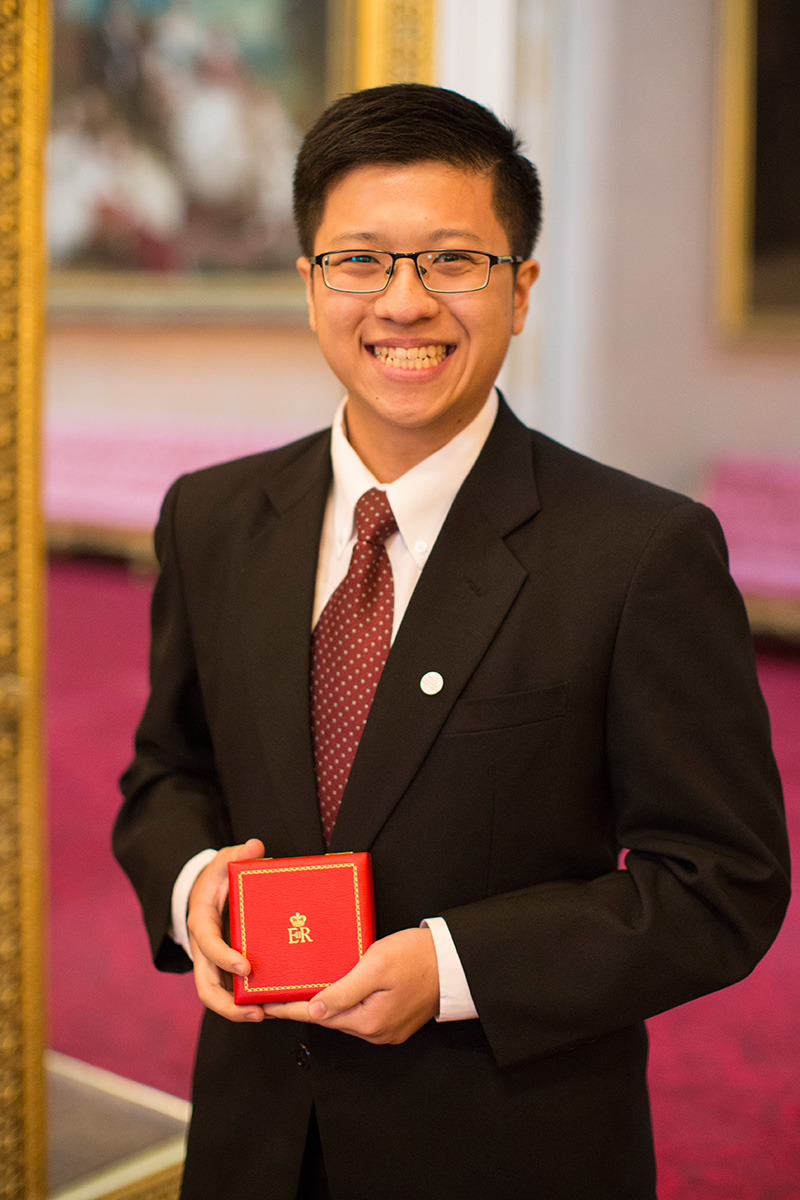 Calvin is an MBA Candidate with Asia School of Business-MIT Sloan School of Management.

Prior to his postgraduate pursuit, he was a cofounder of a Kuala Lumpur based social enterprise that aims to develop professional capabilities of millennials from various backgrounds to be better prepared for the workforce. Previously, he also worked in a social enterprise as Head of Programmes where he worked closely with marginalised youths in Malaysia in improving their education outcomes.

Combining his interest in economic development in Malaysia, Southeast Asia and globally, he was the chief coordinator for Institute for Democracy and Economic Affairs (IDEAS), an independent liberal public policy think tank, National Unity Youth Fellowship. He was also a Young Southeast Asian Leaders Initiative (YSEALI) Academic Fellow on Social Entrepreneurship and Economic Development in University of Connecticut, USA.

His leadership and works in social development led him to be the first Malaysian to be awarded with Queen’s Young Leaders award (from Her Majesty Queen Elizabeth II). He sits on advisory board member position with Successor Generation Initiative, a youth development network with British High Commission Kuala Lumpur and YGroup, a social enterprise based in Batam, Indonesia. Recently, he documented his journey and authored his first book- “How I escaped the Rat Race” with MPH Books.

Abdul Rasheed Ghaffour is the Deputy Governor, Bank Negara Malaysia and is responsible for the financial sector regulation and development including payment systems as well as the international reserve management and money market operations and foreign exchange administration.

Prior to his appointment as Deputy Governor, he was the Assistant Governor for the Bank’s Monetary and Economics Sector, which also includes the international relations and statistical services functions of the Bank. He was on a two-year secondment as the Alternate Executive Director for Malaysia on the Executive Board of the International Monetary Fund, in Washington DC between 2012-2014.

Abdul Rasheed Ghaffour has an Honours degree in Economics from the University of Malaya. 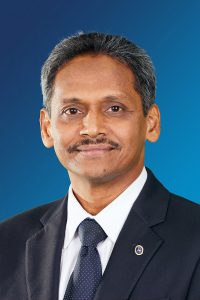 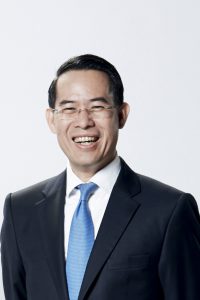 Thaweelap Rittapirom is a Director and Executive Vice President of Bangkok Bank Public Company Limited. Mr. Rittapirom is currently in charge of Product and Delivery Channel Department and Credit Card Division of the bank.

Joey was appointed as Presidential Adviser for Entrepreneurship by President Rodrigo Duterte to help in MSME development. He is also the Chairman of the ASEAN Business Advisory Council in 2017 Philippine Chairmanship of ASEAN.

Joey is the founder of the Philippine Center for Entrepreneurship – Go Negosyo . It aims to alleviate poverty by empowering entrepreneurs and eventually transform the country into an enterprising nation. Go Negosyo has become an inspiring and motivational movement that also empowers the Filipino with entrepreneurship education as the way to succeed in life and business.

Joey is the President and CEO of RFM Corporation, the Chairman of the RFM Unilever Ice Cream Corporation, and Director and Executive Committee member of Concepcion Industries, Inc.

Joey was also one of the Ten Outstanding Young Men of the Philippines (TOYM) in 1995, recognized in the Time Global 100 List of Young Leaders of the Millennium and was also hailed by Forbes Asia as one of the 48 Heroes of Philanthropy this 2011. 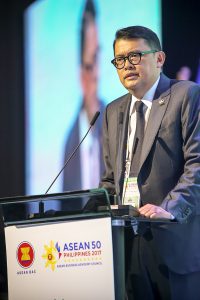 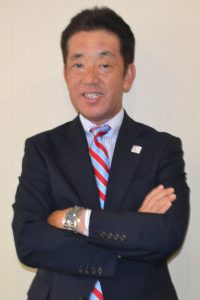 Joined Marubeni Corporation, which is one of leading Japanese Trading Company in 1982 just after graduation of Sophia University, Tokyo, Japan.

Has long career in Chemical Division in the Company and experienced overseas assignment in Houston, United States of America, Shanghai, China and Singapore.

Don Kanak is the Chairman of Eastspring Investments, the Asia investment organisation of Prudential plc which is one of Asia’s leading retail asset managers with US$146 billion in assets under management (as at 31 December, 2016). Don is also Chairman of Prudence Foundation Ltd., the community engagement arm of Prudential in Asia.

Don is based in Hong Kong and has lived and worked in Asia for over 30 years. From 2008 to 2015, Don served as Chairman of Prudential Corporation Asia. From 1992 to January 2006, Don served in senior positions at American International Group (AIG), ultimately as Executive Vice Chairman and Chief Operating Officer of AIG.

Don serves as Chairman of the EU-ASEAN Business Council, the primary voice for European business within in the ASEAN region. Don chaired the World Economic Forum’s Global Agenda Council on Insurance and Asset Management in 2011-12. He is a member of the Council on Foreign Relations and is a Senior Fellow of the Harvard Law School Program on International Financial Systems. 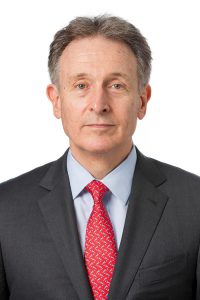 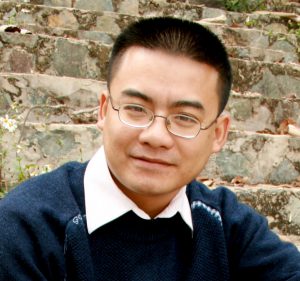 Thanh Vu is Deputy Regional Managing Director and Vietnam Representative for the US-ASEAN Business Council. He joined the Council as its first Vietnam Representative in late 2007 when the Council opened its Hanoi office. In this capacity, he has been advising the world’s leading multinational companies on business strategies in Vietnam and helping them engage directly with key decision makers in both the government and private sectors here.

Prior to this, Thanh had worked in various capacities in Vietnam’s Ministry of Foreign Affairs including Information and Outreach Manager for APEC 2006 Vietnam, as a member of the National APEC Organizing Committee, and Research Fellow and Teaching Staff at the Institute for International Relations (now Diplomatic Academy of Vietnam) in Hanoi.

Thanh has nearly 20 years of experience as a business and political consultant in Vietnam, covering a wide range of issue areas including business, politics, the media, NGOs and social development. Thanh holds a master’s degree from the Maxwell School of Citizenship and Public Affairs of Syracuse University where he studied international relations and public policies on a Fulbright scholarship in 2003 – 2005. Thanh lives in Hanoi with his wife and two children.

Nikolai Dobberstein is the Head of A.T. Kearney’s Communications, Media & Technology Practice in Asia Pacific and the Managing Partner of the Malaysian Practice. He has been involved in multiple business and digital transformation programs of technology companies and telecom operators in Southeast Asia, India, the Middle East and Africa.

Before joining A.T. Kearney in India in 2011, Nikolai was the Exco member for New Businesses at Maxis, Malaysia. Nikolai had P&L responsibility for all data and digital businesses and helped propel Maxis into one of the global top 10 data operators. Before Maxis, Nikolai was 12 years with McKinsey & Company.

Nikolai has spent the last 24 years working in Asia, mostly in Malaysia and India. He just moved back to Malaysia.

Nikolai is German and has a PhD in Technology & Innovation Management from the University of Kiel, Germany. 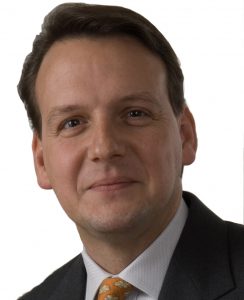 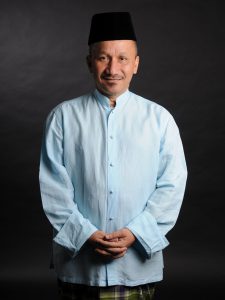 An industrialist with a passion for everything ASEAN, Joe Sidek is the rare individual with an interest in both the business and arts sector.

Joe has been Managing Director of Chemdyes Sdn Bhd for 11 years. The textile chemical company was BASF’s main distributor in Malaysia until it was taken over by Archroma. Today the company is one of Archroma’s primary agents for trading and manufacturing in Malaysia and Singapore.

In its eighth year now, GTF has hosted numerous ASEAN showcases and continues to promote and provide a platform for ASEAN performances. GTF’s soon to be launched Arts for Humanity initiative champions ASEAN creatives and will be offering grants to ASEAN artists and performers.